The structure and classification of plastic bottle caps

(1) The structure and classification of the plastic anti-theft bottle caps for beverage bottles Although the volume is not large, the structure is relatively complicated. There are many stricter indicators, such as sealing performance, drop performance, heat resistance, opening torque and breaking cap performance, etc., to produce qualified cap products, there are high requirements for the accuracy of the mold.
(2) There is a ring of sealing ring and internal thread in the cover, and there is a ring of bosses on the inside and outside of the lower anti-theft ring, with a diameter of about 2. The 18 thin connecting bridges of mm are connected to the bottle cap 7. Once the bottle cap is opened, the connecting bridge will be broken. Typical injection mold structure of plastic anti-theft bottle caps Plastic anti-theft bottle caps for beverage bottles were produced by injection molding technology earlier.
After years of development, a special injection molding machine for bottle caps and a supporting conveying and testing unit have now been formed. Most of the molds adopt the form of hot runner system and one mold with multiple cavities. 32 cavities, 48 ​​cavities, 64 cavities, and 72 cavities are the current mainstream mold cavities in foreign countries. Bottle caps are thin-walled injection molding. Although the volume is not large, the structure is more complicated. , The structure of thread and anti-theft ring, plus the thin connection bridge between the bottle cap body and the anti-theft ring, makes demolding become a major difficulty in the injection mold of the bottle cap. 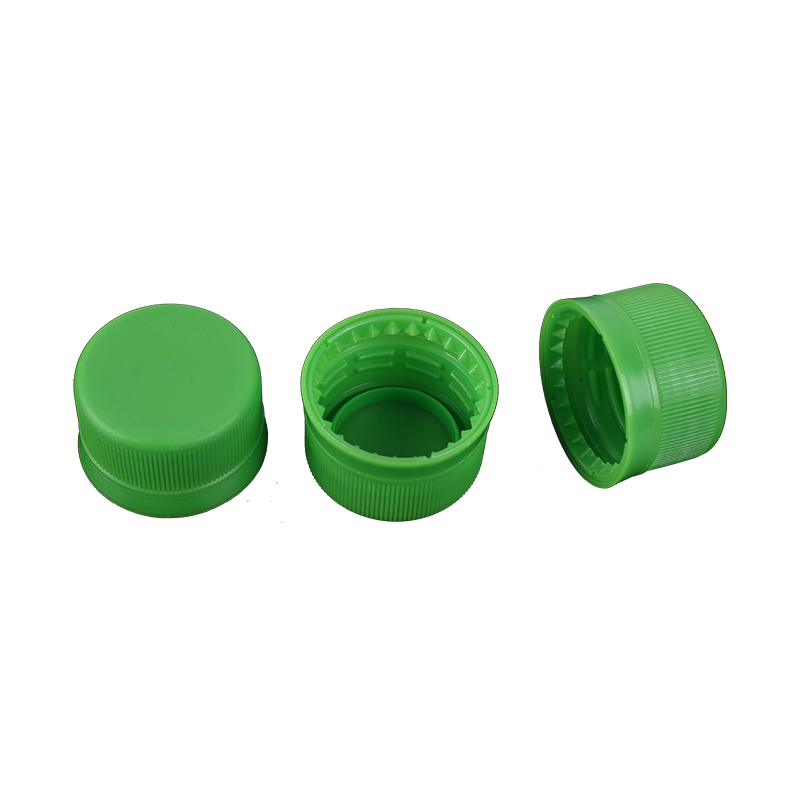 At present, there are mainly three mold forms to solve this problem. One is that the anti-theft ring part is in the form of a half block. The half block of the anti-theft ring part is first opened in the mold opening stage, and then the threaded part is forced out, and then the entire lid is pushed out by the inner top cover. The structure is relatively simple, and generally only requires secondary demolding, but the lateral volume of the mold is large, and the number of cavities is limited to a certain extent. The weight of the mold with the same number of cavities is large, and the specifications of the injection molding machine are required to be increased accordingly.
The second method is to force off the thread without processing the connecting bridge during injection molding, and add a ring cutting process after injection molding. The production cost of this kind of mold is relatively high, and a ring cutting machine needs to be added, which increases the production cost. However, the mold structure is simple, the mold processing cost is low, and the mold life is long.
The third is to use a three-time demoulding mechanism and one-time forming. This kind of mold structure is more complicated, and the relative movement between the mold parts during the injection molding process is relatively large, so the manufacturing accuracy of the mold, the strength of the mold material, and the wear resistance are affected. All have higher requirements, for example, the matching accuracy of the relative moving parts is above H7/.